The UGS Spotlights on Student Success Series features FSU alumni and current students who are making a difference at FSU and beyond. The series features virtual and in-person speakers and panels with alumni of many of our Undergraduate Studies programs. Join us to learn from their experiences at FSU, their current work, and how you can harness academic engagement for personal success.

Failure and how to use failure as a motivator. 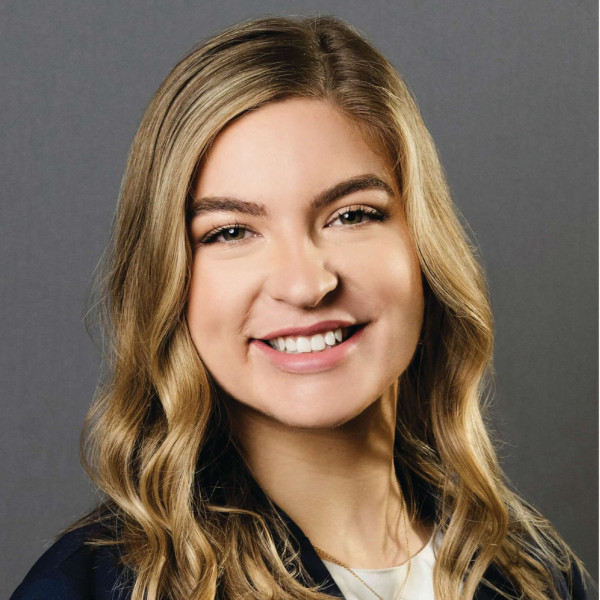 Selina Nevin serves Pittman Law Group as a Legal Policy and Research Assistant. After interning with our firm as an undergraduate student, she has now officially joined our staff and provides support to our legal and government affairs teams. From working in the Florida House of Representatives, she is well-versed in the legislative process and brings a fresh perspective to our firm’s efforts during legislative session. In addition to her political experience, her past position working for the United Nations has earned her critical research, drafting, and analytical abilities that she now brings to her role at Pittman Law Group

Selina is a proud graduate from Florida State University where she earned a Bachelor of Science in International Affairs and a Bachelor of Science in Political Science and Middle Eastern Studies. She has written and presented her research across the country on topics such as the representation of women in Middle Eastern governments, the radicalization of Muslims in the West, and the domestic terror threat posed by white supremacists. She loves supporting FSU Athletics, improving her fluency in French, Spanish, and Arabic, and enjoying Tallahassee’s parks with her dog, Jackson. 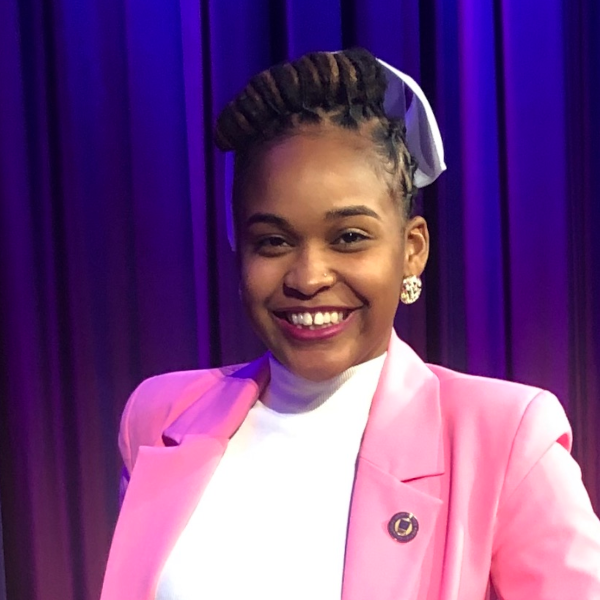 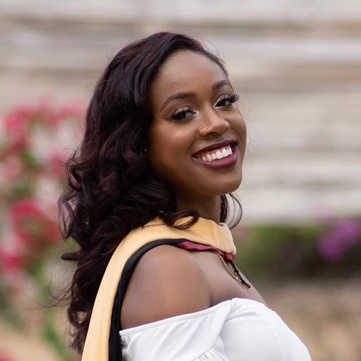 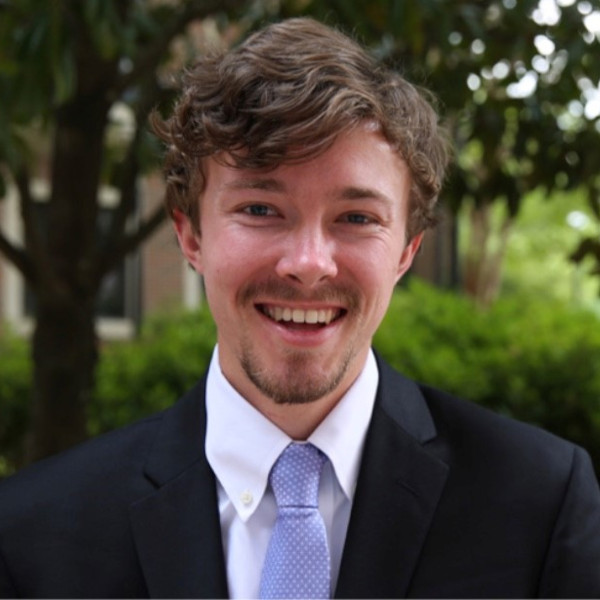 My name is Rayne Neunie. I come from a family of Jamaican immigrants and I attended FSU as a first-generation college student. FSU provided me with the opportunity to do things bigger than myself. As a student, I was very involved on campus. I was on the executive board of the Caribbean Student's Association, I completed a two-month internship in a rural village of Kenya by-way of the Global Scholars Program, and I eventually became a Boren Award Scholar recipient in which I received a scholarship to study Swahili and live in Tanzania for over eight months. Upon my return to the states, I began my nursing studies at NYU. I am currently serving on the frontlines of this pandemic as a Registered Nurse at the number one hospital organization in the state of New York.

Rebecca Justilien is a two-time FSU alumnus with a life vision of building thriving global communities. During her undergraduate career, her passions for social justice and deep curiosity for culture and global affairs led her to pursue sustainable development work. In 2015, she partnered with a local organization in Cameroon to initiate a micro-credit project for women through the Global Scholars and Social Science Scholar programs. After completing her Bachelor's degree in International Affairs and Economics, she joined the Peace Corps where she spent over 2 years serving as an Agribusiness Advisor in Uganda. This past December, Rebecca earned her masters degree in Urban and Regional Planning with a specialization in planning for developing areas, completing her capstone on Organizational Capacity-Building in Guatemala. Her interests include economic growth, equity and access, and urban growth management--especially in post-colonial societies in Africa and the Caribbean. Looking forward, Rebecca hopes to find ways to integrate her passions for storytelling and the arts into the work of community-building in order to amplify black and brown voices on a global scale.

During his time at FSU, Brendan actively served in the Tallahassee community through the guidance of the Center for Leadership and Social Change. Brendan graduated from FSU in 2017 and went on to fulfill a Fulbright English Teaching Assistantship Grant in Southern India. Upon his return to America, he began doing ground level work in the effort to end homelessness in Washington, DC.

Success in and out of the classroom. 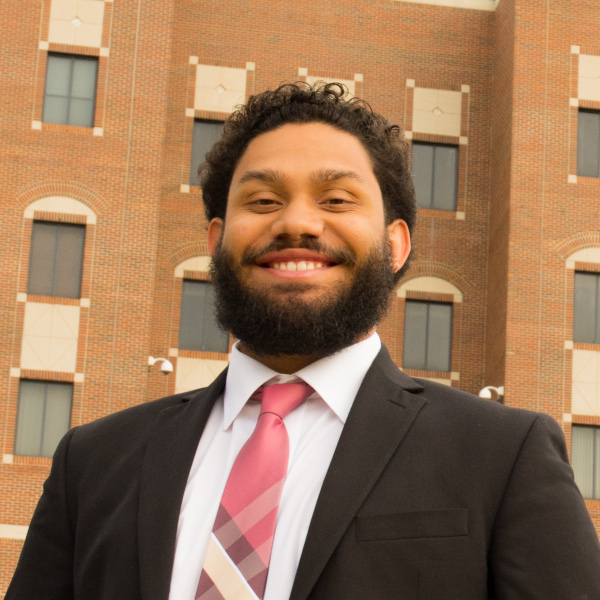 Charles Ford III is an Epidemiologist in the Applied Epidemiology Program with the Florida Department of Health in Miami-Dade County. Currently, Charles works alongside team members in responding to the COVID-19 case and outbreak investigation in the Miami-Dade School system. In addition to the pandemic response, Charles assists in daily case reporting and active syndromic surveillance of other reportable diseases/conditions throughout the county. Beyond his professional responsibilities, Charles's research interests focus on improvements in the treatment and prevention of antibiotic-resistant pathogens. Charles has a Bachelor of Science in Biological Sciences and Psychology from Florida State University and a Master of Public Health with concentrations in Epidemiology and Global Communicable Diseases from the University of South Florida.

Making the most out of college. 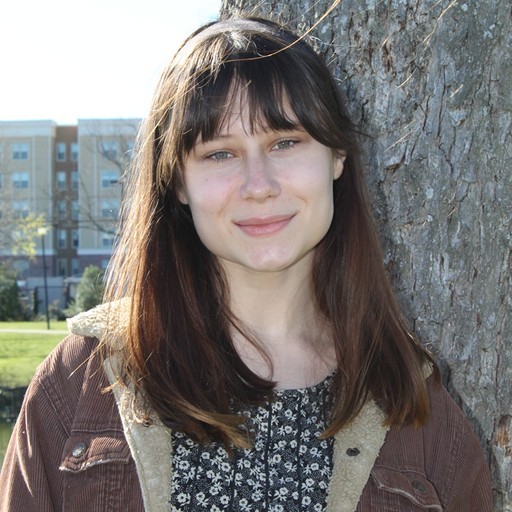 Allison Miller is a third-year undergraduate at Florida State University pursuing a double-major Bachelor's degree in Psychology and Philosophy. Her field experience resides in qualitative and quantitative research and data collection of anxiety disorders, psychopathy dimensions, ERP/EEG correlates, trauma endorsements, and disordered eating. Allison presented work on the relationship between brain reactivity to affective picture stimuli and endorsements of traumatic experiences to the Society for Psychophysiological Research's 60th annual and first virtual conference in October 2020. The work for this project is currently being extended into an undergraduate Thesis, to be defended in Spring 2021. In her free time, Allison enjoys cooking, reading, consuming art, and being in nature.

How to make the most out of college 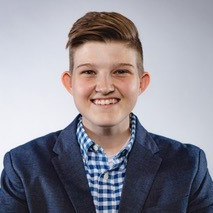 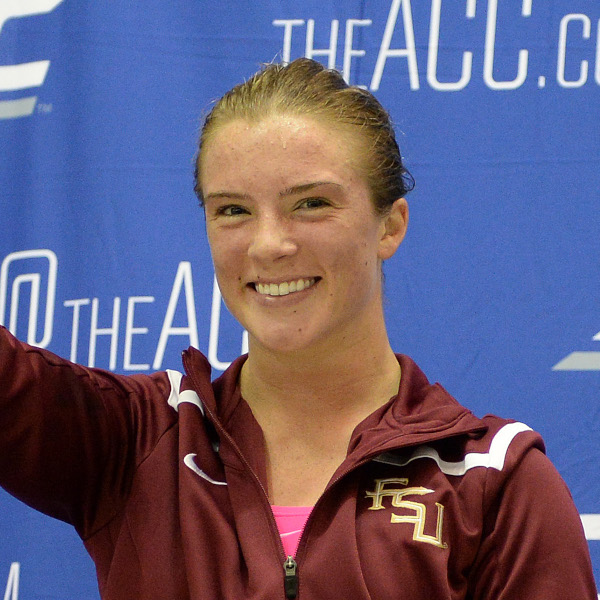 Katrina Young is an Olympic 10-meter platform diver who competed in the 2016 Games in Rio and is training for the 2021 Olympics in Tokyo. Seattle, Washington state native, Katrina, attended Florida State University from 2010 to 2015 and trains with FSU Head Diving coach, John Proctor. In 2019, she won two bronze medals at the World Aquatics Championships.

Aside from her diving career, Katrina holds a passion for music, which she majored in at FSU. She plans to pursue a career in music once her competitive days have finished. When Katrina returned to Tallahassee from Rio in 2016, she met Gordon and Jane Scott. They are highly acclaimed musicians who own a unique string music store in Tallahassee. Through them and professors at FSU such as Aisha Ivey, she has been enlightened to Irish, Folk, Old-Time and Bluegrass music which she’s grown to love. She feels lucky to sing and play guitar alongside Gordon and Jane at venues in Tallahassee.

An integral part of Katrina’s success in and out of diving is credited to her extremely supportive family and communities in Seattle and Tallahassee. This support system grew when she met her husband and his adorable boxer dog, Lola, in Tallahassee in 2014. After meeting them, most of her time out of training was spent exploring hiking trails around North and West Florida. Mike and Katrina’s dog, Lola’s favorite place to lounge and play frisbee was Alligator Point beach or the beaches of St. George Island. Now, Katrina is prioritizing the postponed 2021 Olympic Games in Tokyo and excited to return to one of the world's biggest stages.